Last January I had the opportunity to share at the Google Developers Group Meetup from Asturias some of the lessons learned while working with GraphQL in production. 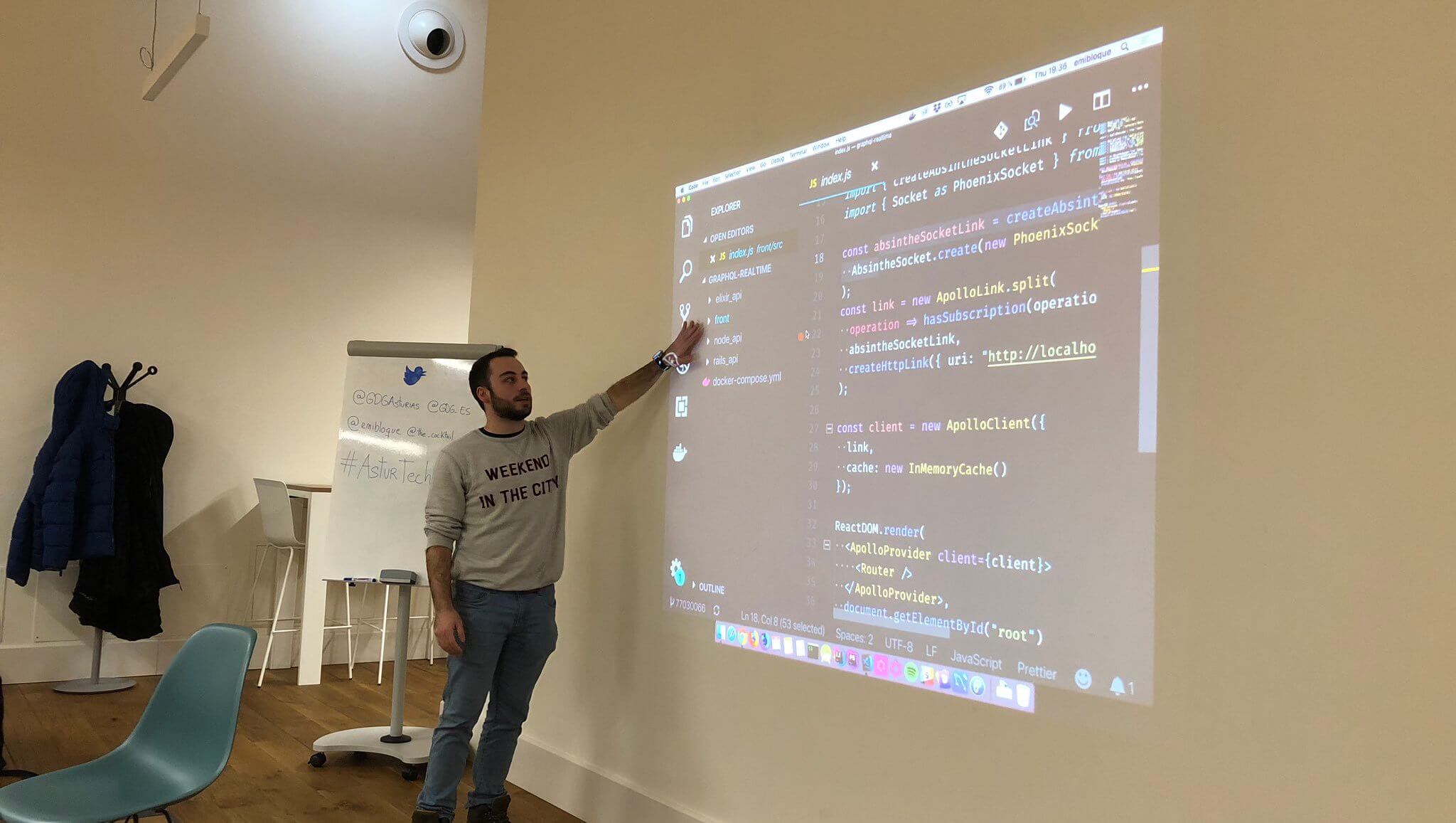 The content of the talk was similar to the one I presented at Commit Conf months before. However, this time I spoke in Spanish and I tried to improve those pain points I identified while exposing at the previous talk.

Thanks to the takeaways from the last conference, in this talk I emphasized how GraphQL compares to REST and also kept the code examples and explanations much shorter.

I’d like to thank the organizers of the GDG for being so kind and I’m looking forward to giving more talks in the future with them.